The main news this month, is of significant retrenchment by Hedingham.
Since its acquisition by Go-Ahead in March 2012, Hedingham has reviewed its business strategy, and now all “loss making” activities are being jettisoned. A total of 27 services were de-registered at the end of August; mostly council subsidised, but also 3 commercial routes, along with one commercial service from the associated Chambers fleet. It appears that Hedingham and Chambers’ future goal is to eventually focus on commercial local bus routes only.
First and Stephensons have taken on many of the ex Hedingham services.

On the railway scene, the first of the new Class 68 diesel locos has appeared in the area (with Direct Rail Services), while a number of Freightliner Class 66s have been inter loaned between Heavy Haul and Intermodal. A class 70 and two ’66s have also been hired from Colas !
(Although Busmopolitan Blog focuses mainly on passenger trains, any interesting goods train activity will be noted !).

Above: In unbranded National Express colours, DVT 82107 calls at Colchester on a Norwich bound service in December 2011; two months before Abellio took over the ‘Anglia’ rail franchise.

Above: Arriva Southend Optare Versa no 4253, at London Road, Westcliff in August 2013. 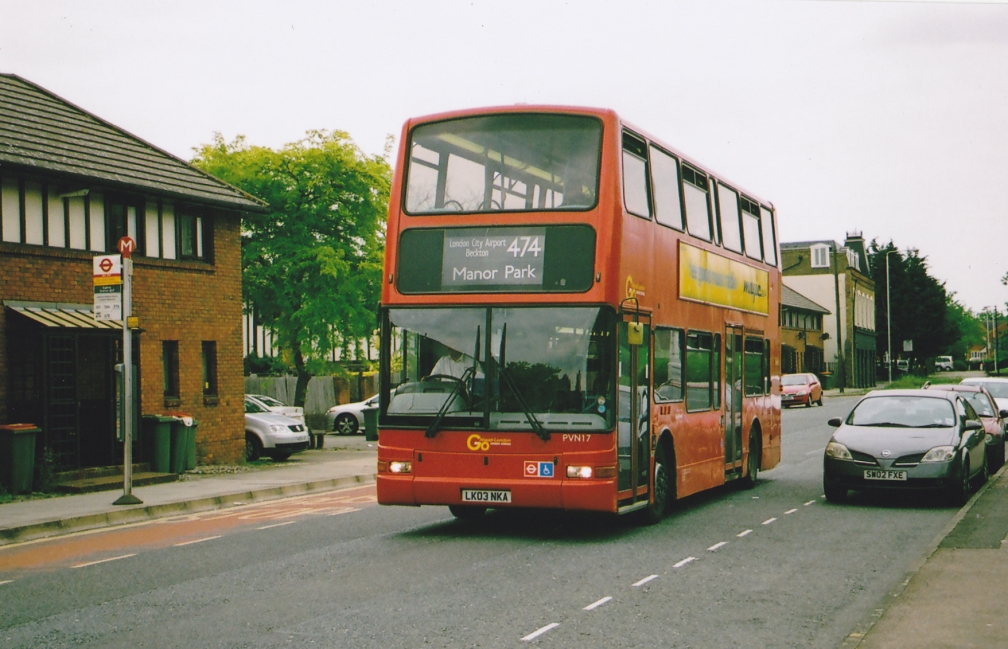 Above: Blue Triangle B7TL/President PVN17, working “on loan” to Docklands Buses, at Cyprus in May 2014.

BROWNS OF BASILDON.
The depot has moved from Crays Hill to East Tilbury.

CARTERS, CAPEL ST MARY.
Via Ensign is Volvo Olympian/NC P915 RYO. It had previously been with Classic Bus North West of Blackpool. 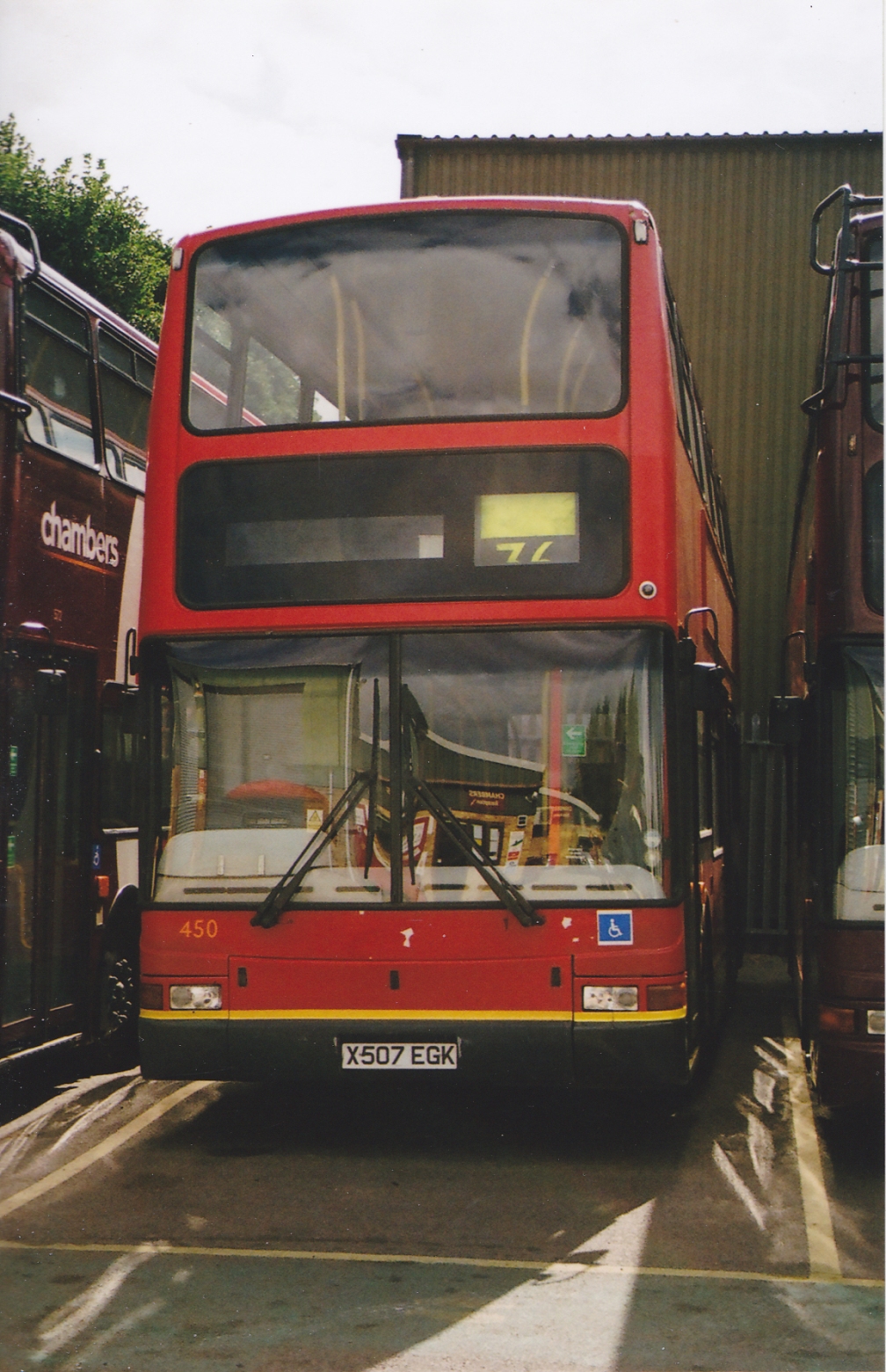 DBS.
Most of the Class 08/09 shunter fleet has been “withdrawn” and replaced by Class 60 and 66 diesel main line locomotives from a “shunter pool”. In practice though some shunters remain active. This includes 09017 at Dagenham Dock. Some ’66s were used on yard duties at Dagenham during 2013; while the ’09 was under repair.

68004 was outbased at Norwich during August; the first of this new generation diesel to appear in the area. Later in the month, it was replaced by 68009. 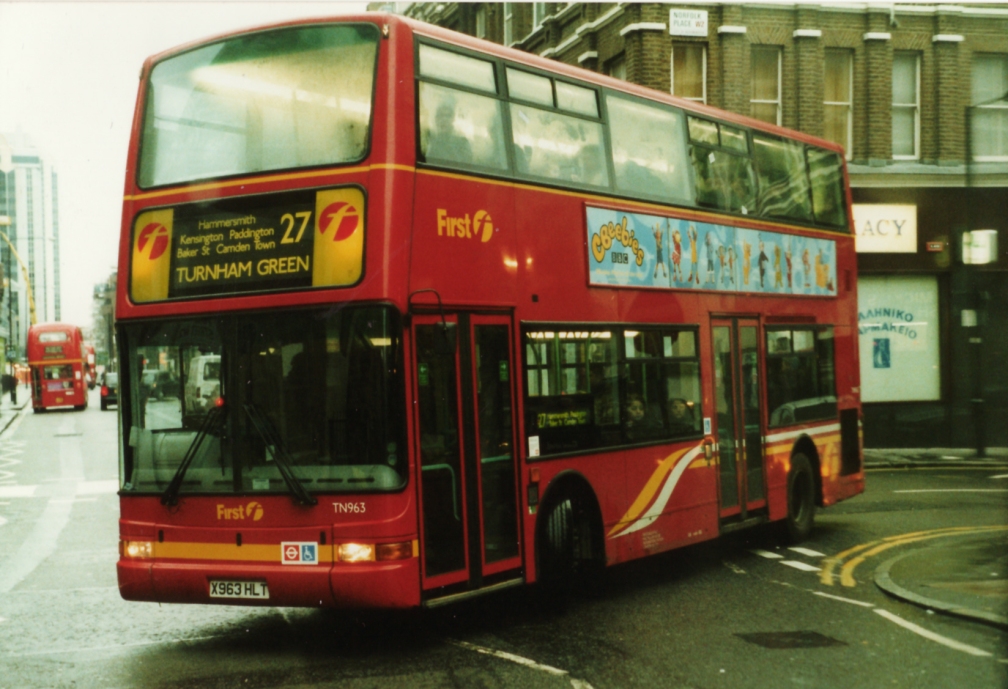 Above: First Essex SLF 42932, one of those moved from Chelmsford to Braintree, for new Essex CC local bus contracts, at Braintree Bus Park on 30/8/14.

On loan from Heavy Haul to Intermodal, have been 66509/26/9/95-99. These have not all been hired at once.
Three locos have also been hired from Colas (70803) and two Class 66s; for extra capacity – caused by engineering blockades at Watford and on the GE Main Line between Ipswich and Norwich. This is due to continue until the end of September.
66416 is now in ‘Powerhaul’ colurs, ex DRS.
Other DRS liveried ’66s here have been repainted blue; 66413/4/8/20.

GALLOWAY, MENDLESHAM.
Dennis Dart SLF/UVG 188 (1440 PP) has been re-registered back to its original R558 UOT; prior to sale.

Above: Hedingham SLF/MPD L334 at Wickford; the southernmost point to be served by this operator, on route 15 in March 2013. 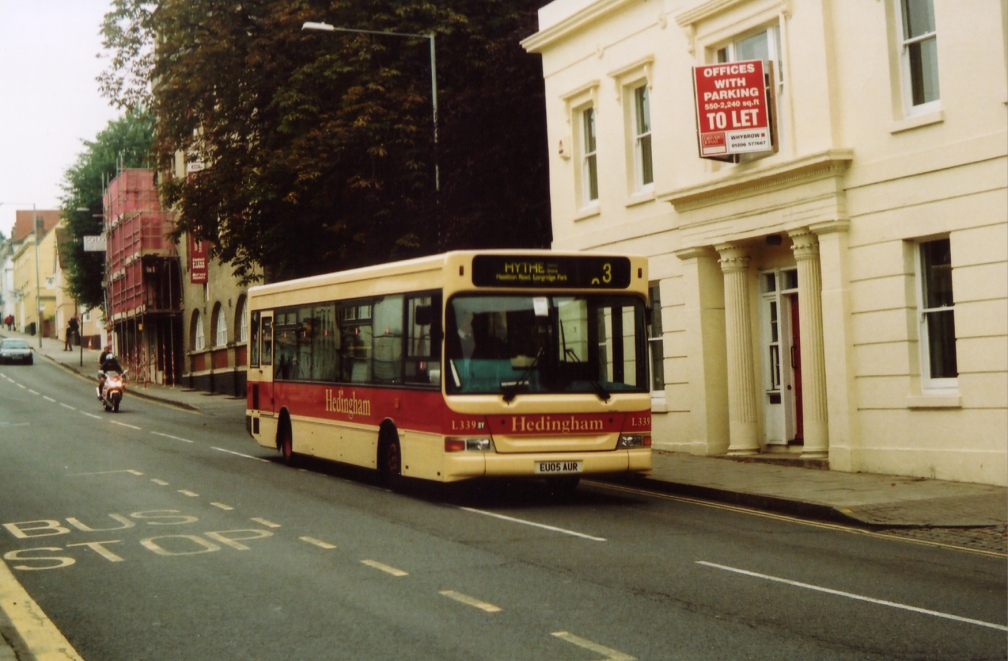 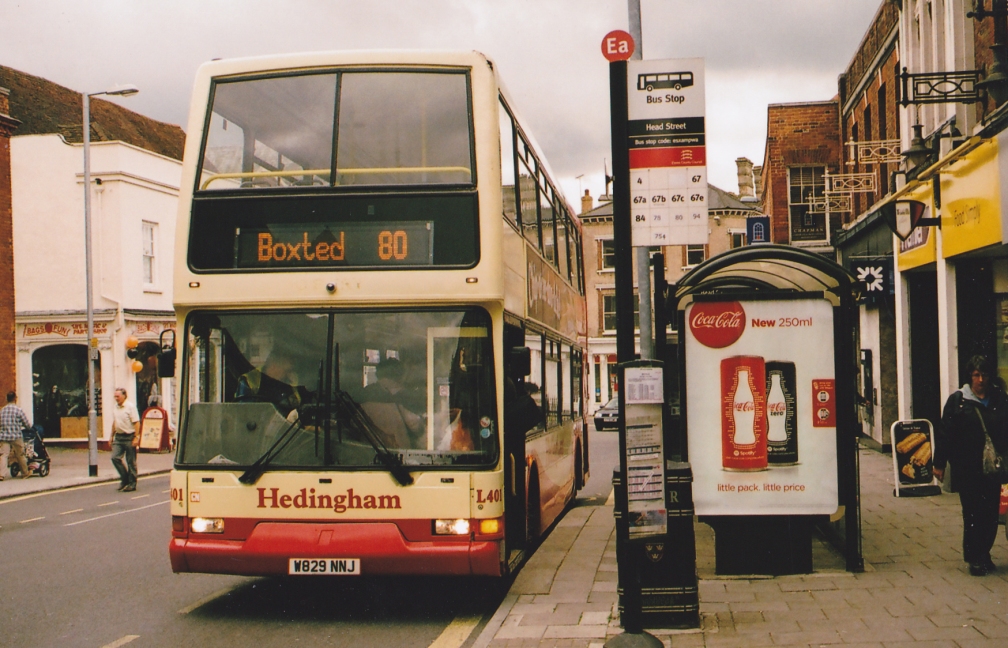 Above: Hedingham Dennis Trident 729, on the 80 at Head Street, Colchester in October 2013.
A double decker was used in term time, as the 80 interworked with a Stanway School service.

Above: Hedingham ADL/Enviro 400 615 (EU07 GVY) departs Colchester North Station, on the penultimate evening of 74B operation.

LADYCARS.
The Essex school bus base, has moved from East Tilbury to Grays.
The old location, (at the Bata Business Centre) was occupied by Dart SLF/EL Spryte P989 AFV and Browns of Basildon Leyland Olympian/Alexander RH J849 TSC, during August.

LONDON UNDERGROUND.
C77 stock driving motor car 5720 has been donated to the Plumcroft Primary School at Plumstead; for static use.

Above: Network Colchester Omnidekka 5373, seen at St Osyth in March 2009, on the 660 school service from Point Clear to Bishops Park College, which subsequently passed to First.
At the time of this picture, the old fleet no 102 was still carried, along with now removed route branding and old style ‘NC’ fleet names. 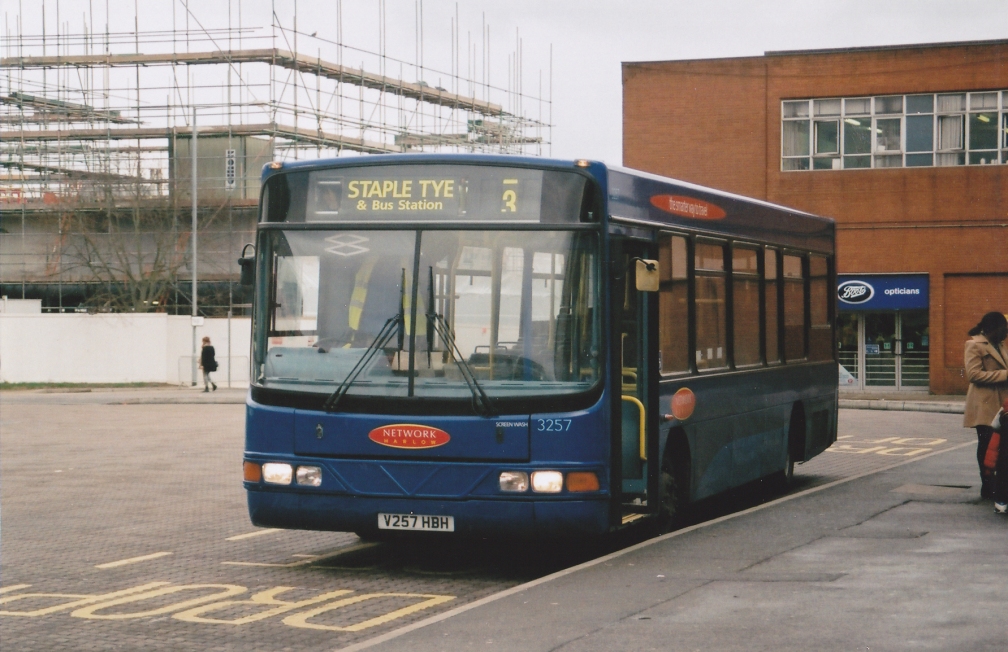 Above: When still in Cedric’s ownership, Volvo Olympian R549 LGH at Ardleigh depot in February 2013; with Leyland Olympian G285 UMJ.

RAILWAY MISCELLANEOUS.
The remnants of various long disused infrastructure, can still be found along the London end of the Great Eastern Main Line. These include (heading from Essex); the siding at the “factory” at Gidea Park – opposite the EMU stabling point; the disconnected non electrified loop between the fast and slow lines, to the west of Romford Station; extensive remains of tracks around the old Goodmayes goods yard – stretching from Chadwell Heath to Seven Kings; traces of trackbed linking to the old Bishopsgate High Level; the platform of the old Bishopsgate Low Level station.
Meanwhile, the sand yard at Mile End has been partitioned off for some form of civil engineering.

Above: East London Dennis Trident 17001 at the 2009 Canvey Museum Open Day; when under Macquarie ownership.

Above: Stephensons Dart SLF/Plaxton Pointer no 459, on the 75S at Tiptree on 14/8/14. The roadworks neccessitating this shuttle, can be seen in the left background.

From 16/8/14, the 75S Tiptree circular was subbed to Arrow Taxis of Maldon.
Run due to a road closure caused by drainage works, this free shuttle ran until 31/8/14.
AEC Routemaster FPT 590C and Metrobus KYV 633X have been sold to Ensign.
Leyland Olympian/NCs 864/9 (J564/9 HAT) are now with MacPherson of Donisthorpe, Leicestershire, while Volvo Olympian/Alexander RH 953 (L953 MSC) has passed to a school in Maldon for non pcv use.